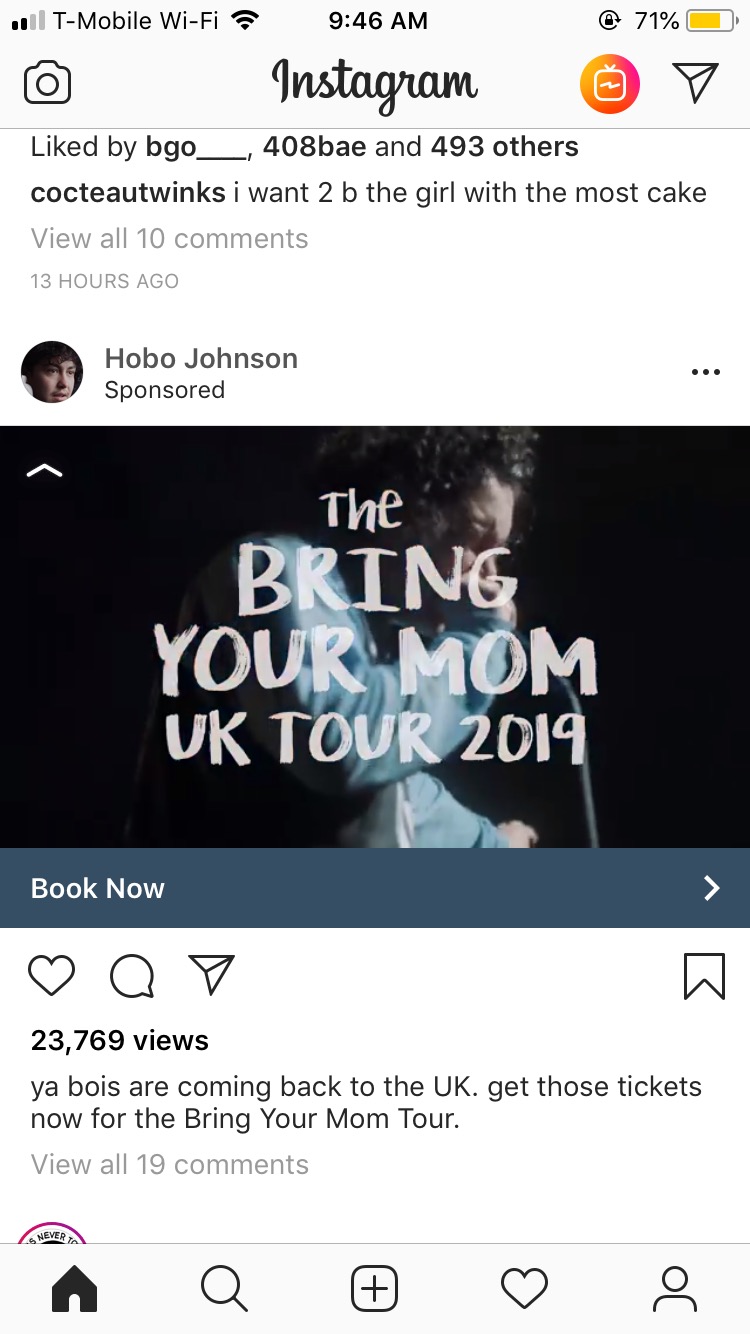 HOBO described himself as the kind of guy who’s chill to bring around if you live with your parents or they’re taking you out to dinner. “Shawww damn, I don’t refuse free meals,” He said, with a humble grin. It was never stated that he would be joining for dinner. You actually might not know who he is beyond the above piece of sponsored content. But now he is in power and wants more fr’omies (a portmanteau for friends-with-benefits-for-homies.) And you’re down. He’s taken control of the youth culture, actually doing really revolutionary stuff by making young people hang out with their parents. “Iss’a message,” Johnson explained in our interview over a pack of Black & Milds. “I want all love, all over. Young people need to tell their parents absolutely everything they do. I taught myself to speak by writing songs and then learned to talk to my parents.” He puffed more tobacco. “These cigars are really bad but I smoke them because I got kicked out of school for smoking one there once. It’s really about no looking back. My music. Academics are a poor measure of true genius.” 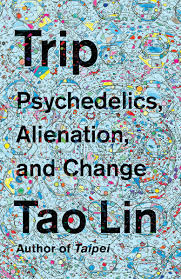 “I can drink 7 or 8 IPA’s over the course of a one hour dinner.” Johnson is sitting in a shed in his native Sacramento. “When are your parents getting here? Are they really going to take us both out of dinner?” Dressed in a pair of pajama pants and a flannel hoodie, the 24 year old adult hovers over his Nintendo Switch and ushers me to wait a sec’ while he collects “the koopa bosses”  in the videogame. “Contaminant swine! Cancer of man. Fucking serpent bellied scheiße.” He slams down the console and shakes his head while chuckling. Over the course of several tantrums Johnson’s knack for half-baked poetics unloads from a full clip amidst his gaming binges. While he says he only reads from time to time, evident in his lyrics, is a scholarly influence that dips into formal mimicry of the works of Tao Lin. Lin’s writing, like Johnson’s music. is steadily consumed by an audience of liberal teenagers and the author has even gone on to welcome his noted likeness to Johnson. Just this past fall he requested the musician assume his professorship at NYU for duration of a sudden research sabbatical to the Burning Man Festival. There he in intends to “love-source” funding for his next book. Later while we hang out Johnsnon receives a text message from Lin that reads: world on drugs / can u gimme sum? / i dont feel pain cuz this pill got me numb… xD 0_o. 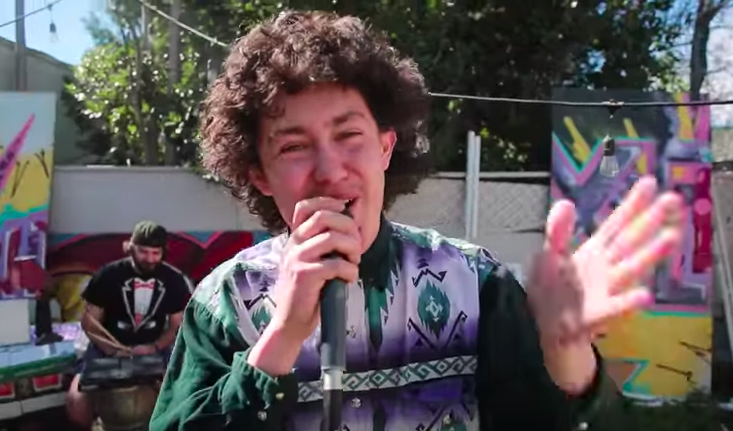 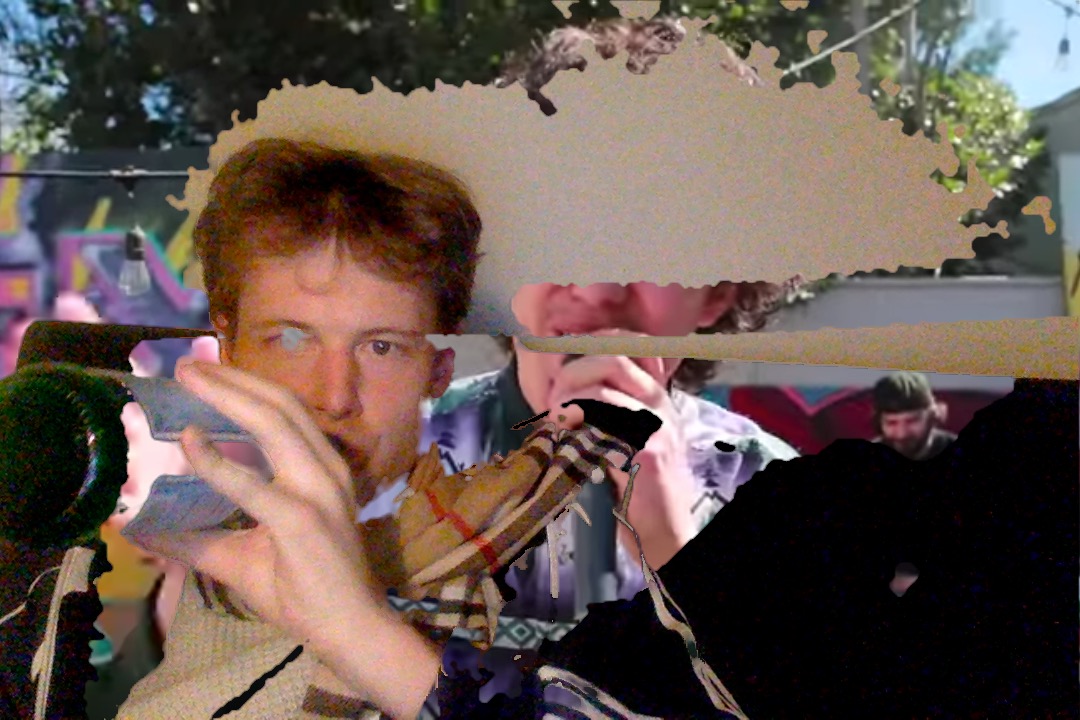 I ask him about the title of his upcoming Bring Your Mom UK tour. “What’s a mum? Oh that’s what they say for Mom in the UK … I don’t give a fuck. I wish things were how they were like 800 hundreds ago. Like the conditions of life for the poor and working class” says Johnson. “The Bring Your Mom tour is all about what’s really good with the world. Being thankful for shit.” Johnson’s reflexive similitude to an actual homeless person is authenticated by this displaced nostalgia. He further details how homeless people have “awesome style” in a recount of an evening where he once brought several men from a shelter the house of a fan who was lodging him. “I don’t like having a lot of money even though I do. Tao has been really great on that end though because he’s convinced me that we are both psy-opps who were created by a shadowy CIA cultural administration wing.” Unsure how this relates personal finances, I press him for more. Hobo smiles. “He says he needs to buy his freedom from them, so I give him my money to do that. One he is free he says he’ll free me.” Pausing he takes the last puff of the last of a Black & Mild. “But I think it’s fucking sick that I was created in a government lab like a robot. I’ve been telling fans I’m not actually human and they scream ‘Robo Hobo’ at my performances now. When Tao is free from the CIA’s surveillance and control, I’m probably just gonna stay a robot.”